This week’s biblical reading tells the story of the spies sent by Moses to check out what’s going on in the Holy Land after 40 years of walking in circles in the desert. The spies returned with stories of frightening giants and suggested that the Israelites steer clear. That’s all quite interesting, but for anyone reading this blog it is quite beside the point. For us, the important part is that the spies returned with a cluster of grapes so large that it had to be carried by two men.

So it is altogether fitting that the 12th, almost annual, Soreq Home Wineries Fair was held on this particular weekend, after a one week delay resulting from unfriendly rockets flying in our skies during recent weeks.

The Home Wineries Fair brings small wineries and wine lovers together in the beautiful and relaxing setting of the Soreq Winery in Kibbutz Nahshon. All Israeli wineries producing up to 5,000 bottles a year are invited to participate. Attendees have the opportunity to taste and purchase wines that aren’t available anywhere else, and to hear the stories of the winemakers and their wines. It is my absolute favorite wine event of the year.

END_OF_DOCUMENT_TOKEN_TO_BE_REPLACED

With the hot weather it’s definitely time for some refreshing crisp white wines. My usual goto on a hot day is Sauvignon Blanc, but it’s hard to find quality SB at prices I consider for everyday wines.

I was recently delighted to discover several very dry and crisp, and extremely affordable French Colombards (two varietals and one blend) that fall nicely into this category. All are from the 2019 vintage, and all are relatively low in alcohol, at 11-12%

In my experience, French Colombard in Israel is rather floral and often off dry, so I was quite surprised that none of these wines has the slightest hint of sweetness or is overly fruity.

The first is is a varietal French Colombard from the Mony Winery, which I first tasted at this year’s Sommelier wine exhibition (my last wine event before Corona). The wine is light, refreshing, and utterly delightful. It can be had for about ₪40 at Yayin Ba’ir, with a discount for members (membership is free).

The second wine is one I discovered this past Friday at the farmer’s market in Givat Ada, which is held in the Teperberg complex*. To mark the Teperberg Winery’s 150th anniversary, all wines from Teperberg’s Impression series are currently on sale at 3 for ₪100. Being curious, I bought three – two bottles of varietal French Colombard and one Sangiovese. This French Colombard too is a completely delightful dry, crisp, and slightly lemony wine. I thoroughly enjoyed it this past weekend sitting in the garden.

Perhaps the most surprising of the trio is the unpretentiously named Dry White Wine from Segal. Considering that this wine is a blend of Sauvignon Blanc, French Colombard, and Muscat, I would never have expected it to fall in the very dry and refreshing category. Truth be told, I probably never would have bought this wine had I not been brought a bottle by a guest. At under ₪20 at Rami Levi, this wine can only be considered a steal. I am on my second bottle and will definitely be going back for more.

As far as I am concerned these wines are all excellent hot weather quaffers that represent real value for money. Go buy some, sit in the garden on a hot afternoon, and enjoy!

* By way of explanation, a branch of the Teperberg family lives in Givat Ada, where they have a shop selling Teperberg wine, local olive oil, and various other goodies, and where they host a local farmer’s market.

To bring in the New Year, the Gezer Regional Council is holding their excellent Vineyard Experience for the 6th time. Activities include musical events, art exhibits, wine tastings, and for the first time a Beaujolais Race.

END_OF_DOCUMENT_TOKEN_TO_BE_REPLACED

Back now for the 4th time, the Ramat Hanadiv Festival of Wine and Plenty is a celebration of local and regional wines, produce, and crafts in the beautiful Ramat Hanadiv gardens.

END_OF_DOCUMENT_TOKEN_TO_BE_REPLACED

The convenient link to my wineries map (yossiswinemap.notlong.com) is broken. Apparently the notlong.com URL shortening service is no more (though who knows, maybe it’ll come back).

The full link to the map is a mess and impossible to remember, so I’ve created a few other (hopefully) easy to remember links to the map:

None of these is as convenient as the old link, but hopefully at least one of them will last.

I have also created a map page on my wix website (where the calendar of events resides): ydwineinfo.wix.com/winemap. So far there’s only a link there, but hopefully I’ll soon figure out how to embed the map itself on that page (wix isn’t so intuitive).

In the meantime, the links at the right of this blog should always work.

Sorry for the inconvenience.

Today the Ada’s Pub held their first annual beer festival (I was assured there would be a second annual). Truth be told, it was more like a small county fair than a festival, with picnic tables, pizza, and hot dogs to go with the beer. It was a very friendly and relaxed affair. Everyone seemed to know each other, and it may very well be that I was only one there who doesn’t live in Givat Ada.

END_OF_DOCUMENT_TOKEN_TO_BE_REPLACED

This morning I went for a run in Bikat Hanadiv. I don’t particularly enjoy running, but I need to do something to keep in shape considering that my day job keeps in front of a computer most of the time. And also to make up for eating more of some items than I should.

But at least I get to run in a beautiful setting.

Past a stream (soon to be completely dry)  and vineyards. 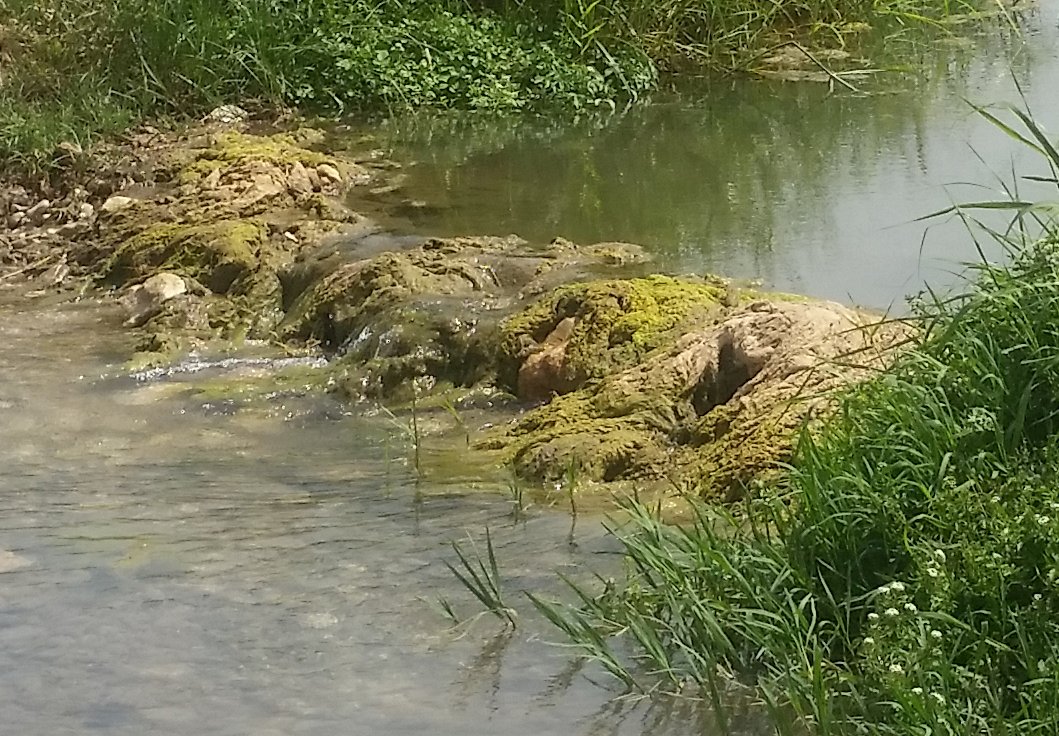 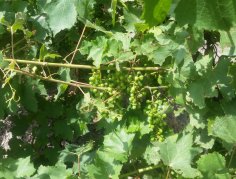 END_OF_DOCUMENT_TOKEN_TO_BE_REPLACED

My Rainy Friday Morning at Tulip

Those of you who follow this blog know that my postings are few and far between. The reason for that is that I spend quite a bit of time trying to keep my calendar of wine events and wineries map up to date. My day job also takes up way too much time, and by the time I get home I’m usually not inspired to write.

But today I am inspired.

The weather today is rain, rain, and more rain, with a touch of hail thrown in for good measure. As a result, the turnout at this event was light, but those who did show up were genuinely interested in learning about the wines, as was I.

I have been visiting Tulip for many years. Originally I was not terribly impressed with their wines, finding them too fruit forward and one dimensional for my taste. But time has a way of changing things, and in this case the changes are on two fronts.

First of all, Tulip has made a concerted effort to move away from the style of their wines of yesteryear to wines of greater elegance, depth, and character, with restrained fruit and no jamminess. Roy Itzhaki (Tulip’s founder & CEO) explained some of the changes Tulip made to achieve the more elegant style:

Of course, there’s more to it than that, including barrels specially designed by Tulip, different yeasts for the fermentation, and undoubtedly many more factors I can’t even imagine. The bottom line is that Tulip’s wines have become much more to my taste.

And then there’s the effect of time on the wines themselves. When I first tasted Tulip’s  Cabernet Sauvignon Reserve from the early vintages of this decade, I didn’t care for them at all, as they were overly fruity and aggressive for my taste. But time does wonders, and now these wines are delightfully laid back.

The oh so young 2017 has marvelous flavors and I have a feeling it will be a real winner when it comes out. I suppose I’ll just have to wait a couple of years to find out.

And for those of you who are fans of Tulip’s Cabernet Sauvignon Reserve, you might want to start stocking up. Roy told me that from now on Tulip will be cutting back on this wine, with most of it tagged for the export market. Apparently he’s got plans for some new wines up his sleeve. I suppose we’ll find out soon enough.

In the meantime, Tulip holds interesting wine events on a regular basis (find them on my calendar and Tulip’s Facebook page).. I go when I can, and I learn something new each time.

END_OF_DOCUMENT_TOKEN_TO_BE_REPLACED

Dina, my wife, is Swedish. As her English is outstanding there was never any reason for me to learn Swedish. Nevertheless, a few years ago I thought it might be fun to learn a few words so we could converse without the kids understanding us, and so I’d be able to manage a bit better when visiting Sweden. So I bought a cheap self-taught Swedish course on eBay and started listening to the lessons in the car on my way to work. It turns out that this course featured choice phrases like “would you like to go back to your place or mine” making it ideal for guys trying to pick up Swedish women, but other than that it was not particularly useful.

So what has this to do with liquid libations? Well, one of the phrases in the course that struck a chord with me was Vill du dricka vin eller öl which means, Would you like to drink wine or beer?